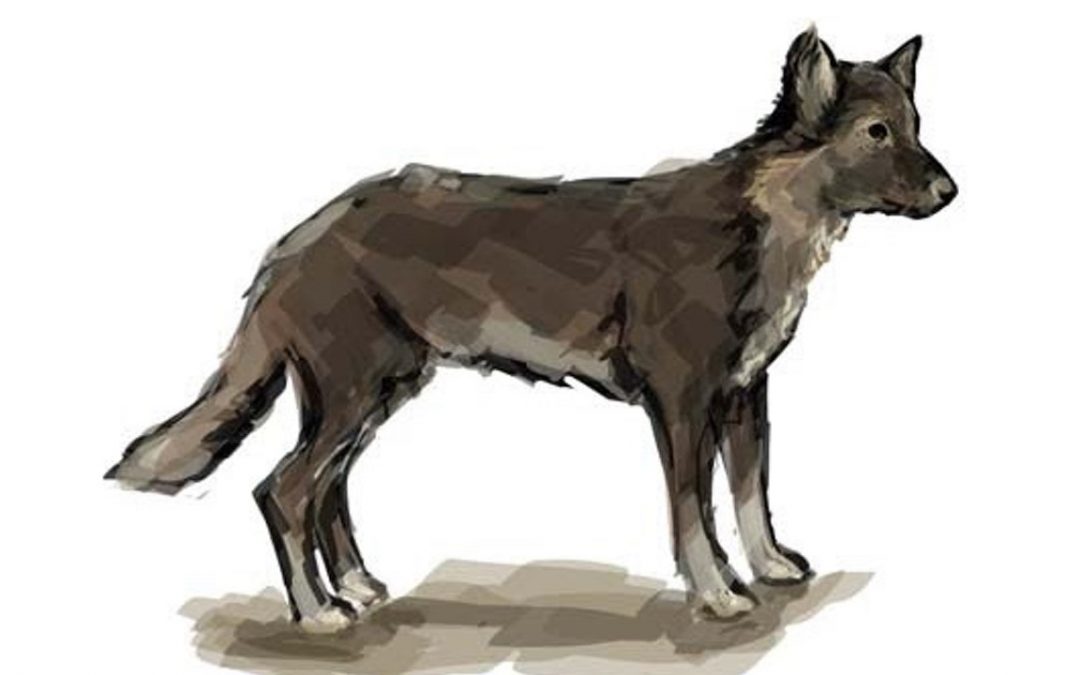 In modern times we think of the dog as playful and loyal pet. In ancient times, they were known for being loyal, but they were not usually kept as pets. They were often chained by the front door of a house to raise the alarm if any intruders came by night. In one Roman fable, a dog explains the typical life of a dog to a wolf.

The Wolf and the Dog

A wolf nearly dead from starvation happened upon a dog. Then once the two had greeted each other in turn, the wolf asked, “Where did you get such a glossy coat? And what food you have you been eating that you have so much fat? I am much stronger than you, and yet I am perishing from hunger.”

The dog answered in short, “You can have the same situation yourself if you can provide a similar service for my master.”

“What service would I do?” replied the wolf.

“You would have to guard his door against thieves,” said the dog, “and watch his house at night.”

“Well,” answered the wolf, “I am ready to do that; now I have to endure rain and snow and I live a harsh life in the woods; How much easier it would be to live underneath a roof and be filled with a generous amount of food at my leisure!”

“Come with me then!” said the dog.

But as they made off toward the villa, the wolf noticed the worn place on the dog’s neck where the chain had rubbed away the fur. “Where did you get that, mate?”

“Come on!” persisted the wolf. “Tell me anyway.”

“Because they think I am too full of energy,” answered the dog, “they tie me up during the day, so that I will rest up during the day, and be wide awake when night has come. But at twilight, I am let loose and wander wherever I please. But what is more, they bring me bread, and the master gives me bones from his own table. The servants throw me bits of food and whatever nobody wants from dinner. This is how my stomach is filled up with no hard work at all!”

“Come now,” said the wolf, “if you have a mind to go someplace, are you allowed?”

“Clearly not,” answered the dog.

“Well,” said the wolf, “I hope you enjoy this life you talk up so much; as for me, I am not willing to live like a king if I am not free.” And at that, the wolf returned to the woods to hunt for something to eat.